Coastbeat goes behind the scenes with a videographer and a nature lover, both from the Great Lakes region, to learn the challenges of capturing birds of prey in action.

Getting up before dawn is always hard but it’s almost always worth it, especially when you live in this part of the world. Normally when I’m awake at this hour I’ve got my surfboard and wetsuit in the back of the van, hoping to score a few uncrowded waves, but today is different.

Today, I’ve got a van full of camera gear and audio recording equipment and I’m hoping to capture something just as elusive as the perfect wave. As I pull up at Santa Barbara Reserve on Seven Mile Beach, a slight orange glow is starting to show behind the silhouettes of the towering Norfolk pines. A car pulls up and local nature photographer, Glen Golby steps out. He has a quick look skyward to the top of the pine trees. We both collect our camera gear and head toward the dunes.

I run a video production company, creating video content for brands and businesses, so this shoot is entirely different to what I’m used to. The challenge with this shoot is to capture the story behind a single photograph. 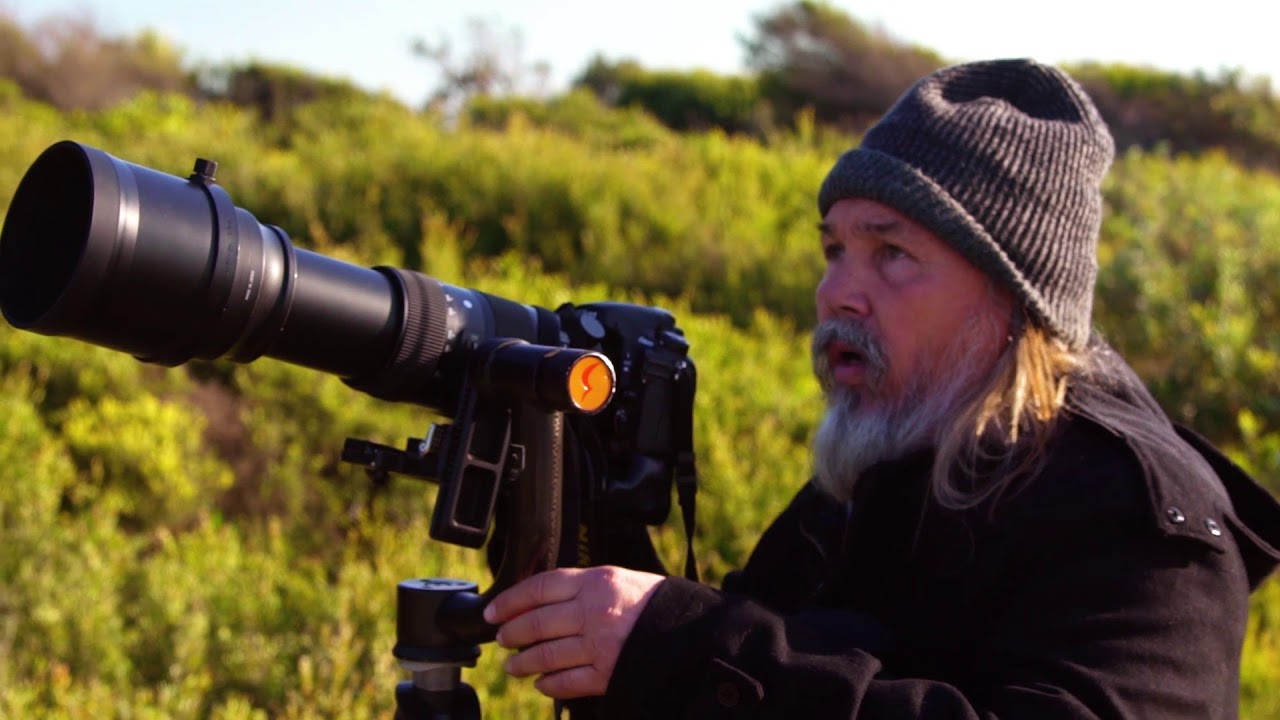 Glen and I step onto the beach just as the sun rises. The dawn is mesmerizing. We take the short hike up the sand dune to a spot Glen has been many, many times. He sets up his Nikon with a 600mm lens and points it toward the top of one of pines. I’m not sure where to train my lens so I start with Glen. “I’ve been on this Whistling Kite nest for about a month now,” he says. “I reckon the youngster will leave the nest any day. He’s been flapping like mad on the edge of it and I’m sure he’s going to make his first flight. I’ve been coming every single day and really don’t want to miss it.”

Glen points to the top of one of the pine trees. “See that small branch at the top, how it’s bent over to the left?” he says. “That’s because the parents fly from the nest to that spot over and over every day. It’s the highest vantage point for them to take in this whole area. When that youngster takes his first flight, I reckon that’s where he’ll land so that’s where I’ve got my lens pointed,” he adds.

Who am I to argue? I swing my camera around and zero in on the branch. Now what? I ask. “We wait,” comes the obvious answer.

It’s not easy for me to wait. I’m a busy person with important stuff to do. Glen, however, has clearly mastered the art of waiting. He stands centred and still. With a smile he says, “It would be an absolute waste to stand here every day and not notice everything.” He continues, “The whales drifting past, pods of dolphins hunting, fishermen up the beach. The Kite is watching the fishermen too, waiting for them to leave – ready to fly straight to where they’ve gutted their fish. I watch wrens darting amongst the scrub at my feet and sea eagles overhead. I watch the tide change and see what it leaves behind – for other birds of prey to come to claim the prize. I love it. I can’t get enough of it.”

We spend the next two hours talking, watching and simply being. Glen’s not yet taken a single picture.

The next morning, we return to the same spot, except something has changed. I think it’s me. Today I’m happy to wait and am totally absorbed by every move of the Whistling Kites. As the young bird stumbles to the edge of his nest and flaps his wings like mad, Glen and I are both completely fired up. “Oh yeah! Go you good thing!” calls Glen, urging the youngster on. In between short and frantic bursts of excitement, there’s plenty of time to talk cameras and exposure as well as the different
ways of setting a ‘trap’ to capture that elusive shot. Two Osprey having a territorial dispute

You can’t help but love Glen. He’s the perfect mix of old school hippie surfer, crusty fisherman and a pirate. When he gets excited, which is often, he morphs into a 12-year-old kid.

We’ve focused our cameras on one of the Whistling Kite adults on a nearby tree top. My video camera has now been rolling for two hours.

Suddenly, Glen lurches for his camera. “Look here!” he exclaims and starts firing shots. “Mr Crow!” he yells as a single pesky crow flies toward the Kite. With lightning speed, the Kite launches, spearing straight at the crow. The two birds engage in 10 seconds of awe-inspiring manoeuvres, twisting and contorting with perfect balance until the crow bails out and the Kite lands back on the top of its favourite branch. The Whistling Kite defends his family

I stand there dazed…is that it? It happened so quickly. Did I actually get it on film? Was it in focus? We both huddle around the back of Glen’s camera as he checks the shot. “Yep. It’s a bloody good shot,” he says with understated excitement.

“The Kite’s wings are at full spread and its talons are clearly visible.” I’m blown away by the intensity of the image. You can feel the fear in the crow’s eyes and the dominance of the Kite’s power is overwhelming when isolated by this one frame in time.

After two days of shooting, I tell Glen that we’ve got enough footage for his video. “No worries,” he says. “I’ll be back here first thing again tomorrow and every day until that youngster takes his first flight if you’re keen to join me?” Why not? Glen the bird man has me hooked.