Find out more about the magnificent mammals that grace our coastline each year as we chat with one local operator about the current situation, share humpback facts and recommend vantage points across the coast.

Normally at this time of year, whale watching operators all along the eastern seaboard are busy preparing for a productive season that would see thousands of locals and tourists excitedly board vessels and head out to enjoy these amazing animals and their impressive acrobatics. Instead, like so many businesses, they’re in a holding pattern. Their boats are docked and it’s simply a waiting game, as it is for all of us.

The day to day is certainly different for land dwellers but for those wonderful creatures who call the ocean home, life carries on just as it always has. This video from coffscoast.com celebrates this…. 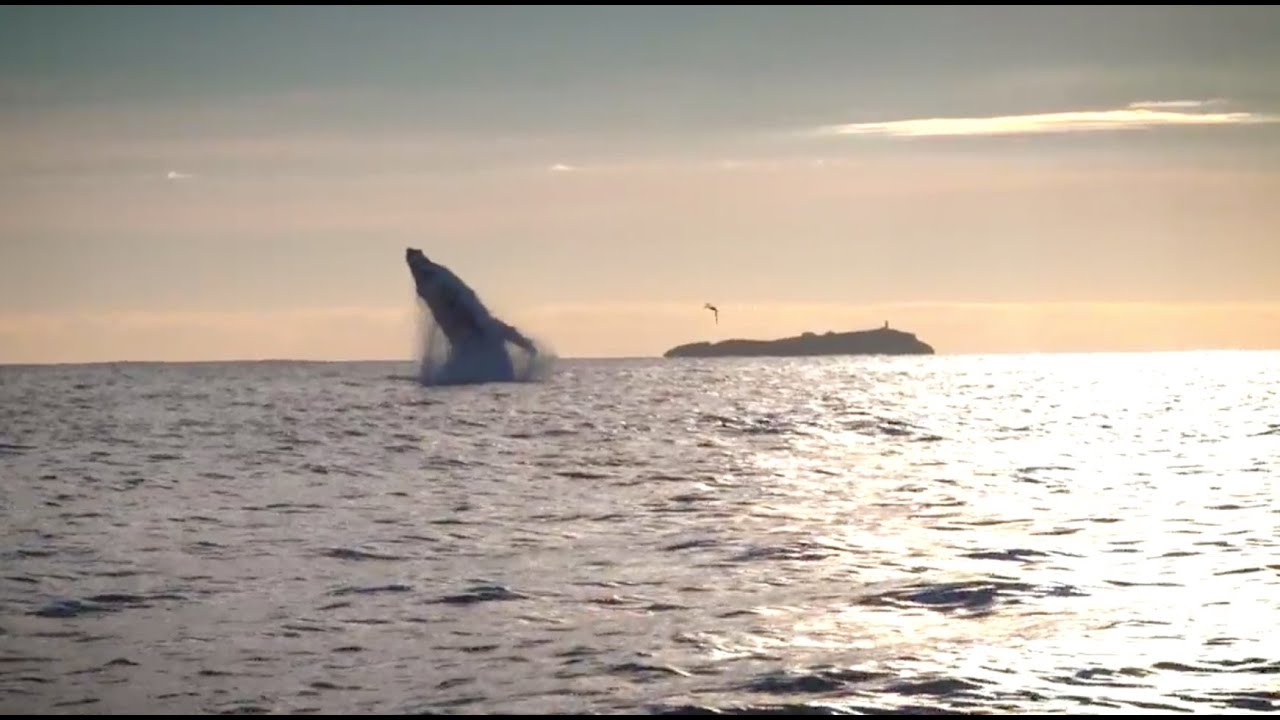 The waiting game for local operators

Each year, thousands of these baleen whales migrate north to sub-tropical waters to mate before returning south for a summer of feeding in Antarctica once again. Those of us who live here are lucky enough to spot them regularly from our headlands and shorelines from May through to early November. Some of you may have seen some humpbacks offshore this season already.

Along the eastern seaboard operators head out into the open water throughout the season with their guests on the boat perched readily with cameras in hand in anticipation for that epic shot of a humpback breaching.

It’s something Lee Bramley from Whale Watch Experience in Coffs Harbour has been a part of since 2003. Lee would normally be venturing out daily for a sail with guests to share the gorgeous Solitary Islands Marine Park and spot dolphins and other marine animals before the whale watching season ramps up in early June.

Lee estimates that they would take about 2,000 guests out each season on their purpose-built catamaran which offers 60 square metres of open deck space. “We’re a proud whale watching specialist business here on the Coffs Coast. I just love observing these beautiful, wild animals. They’re very inquisitive and often come right over to us,” says Lee.

“Obviously for our business, like so many others, it’s a wait and see situation. We’re hopeful that before long we can be out on the water again sharing our passion for whales and this stunning part of the world with our clients. We’re fortunate that when current restrictions change (no more than two people gathering at once), we can practise social distancing which would allow up to 10 people on the Pacific Explorer rather than the usual 23 guests.”

Of course, we’ll all be keen to get on board to see these wondrous animals for ourselves just as soon as we can!

Support the humpback whales!
Learn how

We understand that current restrictions curtail what we can do outdoors and that not all of these locations are accessible at the moment but for those that are, consider a headland walk rather than your usual stroll along the beach so you can enjoy some whale watching as you get in your daily exercise.

To keep informed about what the whales are up to along the Northern NSW coastline, you can download the Wild About Whales app.

The Coffs Coast is home to some fantastic headlands which make for opportune sightings of humpbacks and the other migrating species. See recommended viewing locations here.

Needless to say, the spectacular and unrivalled views from Australia’s most easterly point at Cape Byron Lighthouse are excellent for whale watching and it’s a great walk up to the lighthouse too. Here are some other suggestions.

Discover the best whale watching spots in the Forster-Tuncurry region

Read this article to discover why the Coffs Coast is so magic for whale watching.

Find out how you can support humpback whales.

words by Coastbeat 14 hours ago

Sistas and Salt: Empowerment Through Culture and Conservation