Winter is the perfect time to snuggle up with a wonderful book. This issue, we share some of our favourites with you. Happy reading from the Coastbeat team and Bookface!

The Lost Flowers of Alice Hart by Holly Ringland 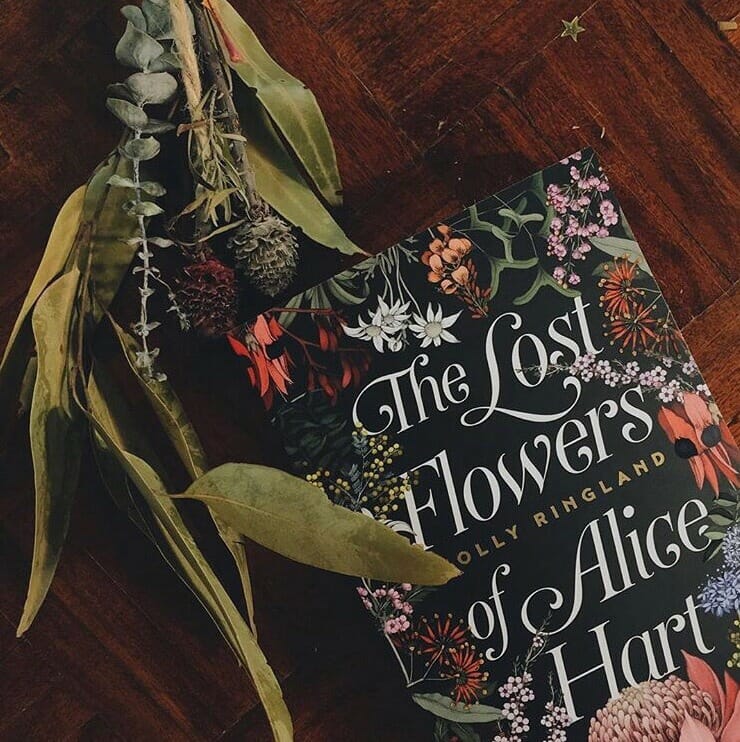 “This truly is a story of hope. The author takes the reader on an incredible journey with Alice as she grows into womanhood. When tragedy strikes, Alice is sent to live on a flower farm with a grandmother she never knew she had. Not only does Alice discover the language of flowers but she also discovers a whole new family of damaged women given sanctuary by her grandmother. It’s a courageous and beautifully written novel set against the Australian outback. If you’re looking for a book filled with empowering women and a true meaning of hope, this might just be the book for you.”

“Not long after its release several years ago, I purchased this book simply because the cover caught my eye. Little did I know what a beautiful story was inside.  It’s rare for a book to bring me to tears but this did, more than once. I love the message about choosing ‘kind’ and look forward to delving into Augie’s world once again when my sons read Wonder. It may be a book aimed at children and young adults, but I think it’s read for everyone.” “I don’t read enough Aussie fiction but am glad to have discovered this author’s debut novel. As an avid reader, my measure of a good read it one where the storyline and characters do not fade from memory. This is one of those. It’s a story of friendship and coming of age and of darker themes that are implied rather than discussing implicitly.”

William Finnegan attended the Byron Writers Festival a couple of years ago* and after hearing him talk, I just had to get a copy of his book. Barbarian Days details Finnegan’s obsession with surfing and those days of his youth when he travelled the globe in search of the best waves. For me, the stories of island hopping through the South Pacific and exploring the coast of Africa stirred up an itch to travel and search for uncrowded locations. It also had me yearning for that bygone era when there were still so many unexplored parts of the world to discover amazing breaks. The author’s reference to surfing a now world-famous break in Fiji for weeks on end with no-one to share it with had me in awe.

For the non-surfer, reading this book may go a long way to explain that drive surfers have. And for surfers, it might give you some ammo when you need to justify why you’re so late for dinner (again)!

The Pastor and The Painter by Cindy Wockner “This is a heartbreaking read. Told from a mother’s perspective, it’s a book that will stick with you long after you read it. The author had truly formed a relationship with both Andrew Chan and Myuran Sukumaran. As you read further, the heartbreak continues, and you certainly get a sense that they were sincerely exonerated by having both done so much. Both Chan and Sukumaran were worth more alive than dead. It’s a gripping yet sorrowful book which is perfect if you’re looking for a tale of hardship and tragedy.”

What Alice Forgot by Liane Moriarty “What a book! A beautiful read from start to finish, What Alice Forgot will leave you feeling a little wiser, a little more grateful, maybe a little sadder temporarily, but generally a lot more appreciative of the simple things in life. It’s also a great reminder not to sweat the small stuff.”

The Outsiders by S.E. Hinton

“This was standard reading in Year 6 and probably the first book I ever read without pictures. The main thing I got from the book was that it doesn’t matter where you come from, what really counts is what sort of person you are. It’s remarkable to think the author was just 16 when she wrote it.”

Ready Player One by Ernest Cline “As a child of the ‘80s, I really enjoyed the pop culture throwbacks in this futuristic / sci fi book (set in 2045). I love seeing that the ‘80s are cool again. As always, read the book rather than see the movie. “ I have been a fan of Robert Drewe’s writing ever since being mesmerised by his novel, The Drowner, an enigmatic fictional account of building the water pipeline into the desert interior of Western Australia. Since then I have read everything Mr Drewe has written. His 2017 release, Whipbird, is the story of a classic Australian family catastrophe that would hurt, if it wasn’t so funny. Robert Drewe at his satirical best. “It’s one of those books where the size intimidates you but once you begin, the first page hooks and reels you in. This is a behemoth of a novel but there is so much to absorb – it’s almost impossible put it down. With nearly a dozen characters with individual stories interlocked and the plot set against New York City circa 1977 (and the blackout that occurred) it’s almost like a television series in the form of a novel. There are many rich and diverse characters; an heir to a huge family fortune, a detective investigating a Central Park shooting and two teenagers seduced by the punk scene. The author’s use of language is lively and inventive which then allows you to experience what the characters are experiencing.”

All the Light We Cannot See by Anthony Doerr

This is a beautiful, captivating read. My 14 year-old daughter read it, loved it and gave it to my 71 year-old father, who also loved it. Doerr’s skill lies in embedding poignant little stories within the larger story in a nail-biting crescendo of suspense.

The Road by Cormac McCarthy This is not an easy read. It’s beautifully written and so compelling that I read it in one sitting, but McCarthy’s post-apocalyptic world is grim and frighteningly plausible. The real triumph of this book lies in the heart-breaking portrayal of the relationship between a father and his young son.

All of the titles referenced in this article are available at Bookface Store and Café at Port Central in Port Macquarie. To speak to Cathy and the team, phone: (02) 6584 6001.