Stop what you’re doing and hotfoot it to your nearest beach or headland: whale watching season has officially begun! From now until mid-August you’re pretty much guaranteed to see majestic humpback whales frolicking along our coastline as they migrate north. While we can all enjoy spotting these magnificent mammals performing all manner of acrobatics, we must not take them for granted. Director of the Gowings Whale Trust, John Gowing, says the fight to protect whales is ongoing. Coastbeat spoke to John to find out more about the charity and what it’s doing to preserve these stunning creatures.

Coastbeat: Hello John! Please tell us about yourself – where do you live and what do you love about it?

John Gowing: My wife Miriam and I live on the coast at Pacific Palms. I love being near the beaches and the lakes for surfing, fishing and barbecuing. When I was growing up in Sydney, we had a house at Newport Beach overlooking Newport Reef. Every now and then, you saw whales but it was very rare. That was 40 or 50 years ago but times have changed, and now we’re blessed to witness the massive annual migration up and down our coast. You can see whales from all of our headlands and often just from the beach, too.

Coastbeat: Where did your interest in whales come from?

John Gowing: I have a love of the ocean and the environment. Whales are the biggest creature in the ocean so they’ve logically become the focal point. Gowings, the company that sponsors the Whale Trust, used to have a large menswear store in the middle of Sydney, on the corner of Market and George streets. When we renovated that store in the nineties, I wanted to have something eye-catching in it that everyone would remember, especially children. We hung a giant model of a whale from the ceiling and people certainly never forgot that. The idea came to me when reading about department stores in the United States that had models of grizzly bears at their front doors. I thought a whale was relevant to us, as the lives of Australians are very much centred around the sea. The ocean is so important for everyone. Without a clean ocean environment, none of us will continue to exist. 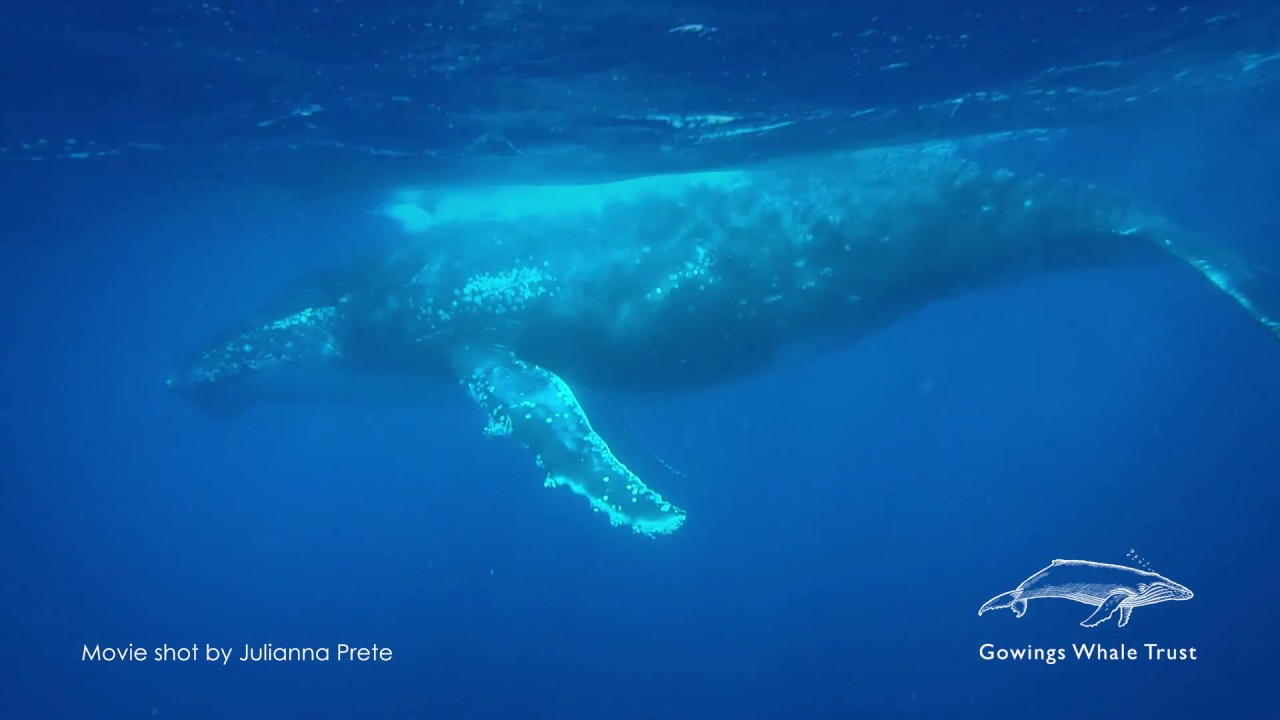 John Gowing: We recognise that whales work relentlessly to maintain our ocean ecosystem, regulate the flow of food and help to rectify the damage that us mere mortals do. The Trust was established because whales deserve ongoing protection. It was founded in the nineties and has evolved with Gowings. Since then, we have sold the business and building in Sydney, and now Gowings owns shopping centres and other investments along the coast.

Coastbeat: How does the Trust work?

John Gowing: Gowings Whale Trust is a registered charity and people can make cash donations or buy our merchandise through the shopping centres or through our surf business, FCS. Gowings administers the Whale Trust at no cost, so every cent that goes into it, stays there. Periodically, we look for groups or actions that align with our aims and the Board of the Whale Trust makes a decision to award a grant. The last big grant was used to purchase the Ocean Warrior, the Sea Shepherd chase boat which is used to fight illegal whaling activities off Antarctica. The Trust funds projects focused on the life, habits and preservation of the majestic Humpback Whale. That could be research, for example, or organisations focused on getting rid of plastic from the ocean. Public education is a big part of our focus as well.

Coastbeat: June has been declared Whale Month. Why is that?

John Gowing: June is the month that comes to mind when people think about whales making their way up the coast. You should be able to see whales from just about any Mid and North Coast beach this month. Throughout June, we want to highlight the fact that the Whale Trust exits and promote all that we do.

John Gowing: We have t-shirts, bags and books available for purchase either in the shopping centres or from our online store. We’ve also created ‘Whale Futures’ – a certificate that acknowledges any donation made towards further research and conservation of the Humpback. Donations are tax-deductible. It’s still so important to keep fighting for the whales and the ocean. Our Humpback population is one of the lucky ones. Populations that swim to Tonga and Fiji have suffered almost complete annihilation and won’t come back.

Ways to Save the World this Christmas

Hemp Collective Working Towards a Greener Future for Hemp