You don’t have to travel to the Great Barrier Reef to experience the wonders of life under the sea. Grab your tank, fins and wetsuit and dive into these incredible spots on the north and mid north coast of NSW.

Julian Rocks Marine Reserve is one of Australia’s top dive destinations, situated just 2.5kms off the coast of Byron Bay. The rocky outcrop is home to a unique mix of tropical and cold-water species so divers can expect to see animals found on the Great Barrier Reef and from Australia’s deep Southern Ocean. The Marine Reserve boasts sea turtles, wobbegong sharks, rays, hard and soft corals as well as over 500 different species of fish. Local tour operators offer scuba diving and snorkelling tours and training most days. The Solitary Islands Marine Park runs along 75kms of coastline from Sandon River in the north to Coffs Harbour in the south. With more than 550 reef fish, 600 shelled animals and 90 hard coral observed throughout the park’s diverse habitats, there is so much to explore and discover. Experiences differ depending on where you dive in. Check out Anemone Bay, Fish Soup and Bubble Cave in the north, Turtle Cove, Cod Rock and Coral Corner in the middle and Manta Arch, Grey Nurse Gutters and Cable Trail in the south. You’ll find more tropical species in the north while anemones and corals co-exist with kelp and cooler water species in the south. 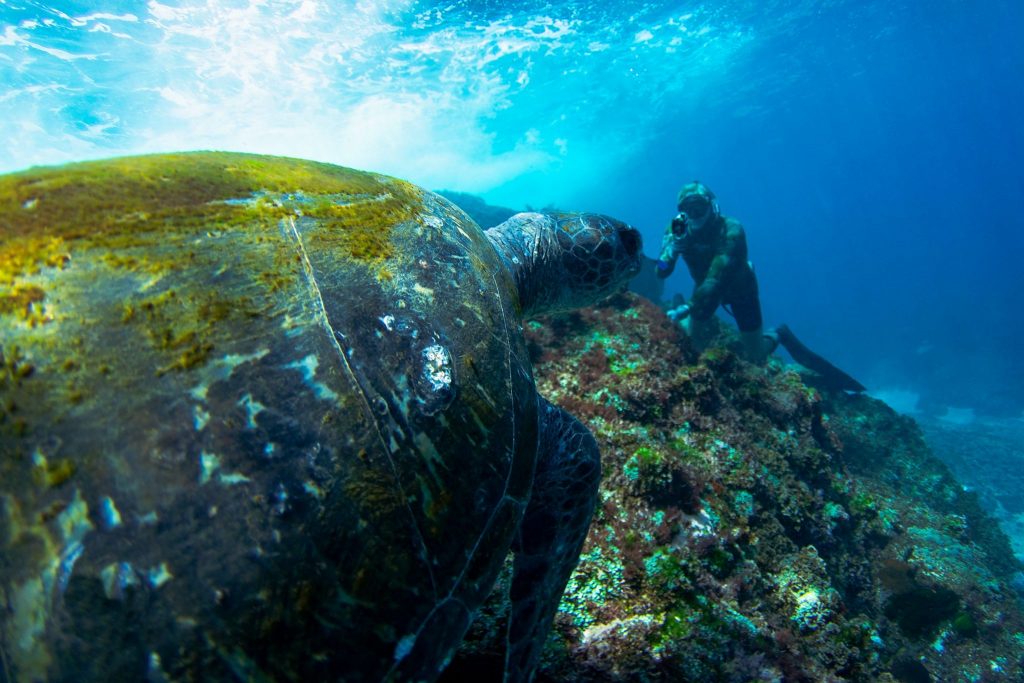 This famous cave can be found underneath a small island called Fish Rock, about 2km off Smoky Cape near South West Rocks. It’s recommended for experienced divers as it requires a 100m (approximate) swim through darkness to get to a naturally lit cavern. Critically endangered Grey Nurse sharks are likely to be found at the cave’s deep entrance and the inside is full of fish. Soft corals line the walls and it’s not unusual to see wobbegongs, cuttlefish, black rays and turtles. This site off Cape Hawke at Forster is another one for the experienced diver. The Pinnacle is a section of reef that rises up to a minimum of 24 metres. It’s here that you’ll find all of the big guys – Grey Nurse sharks, kingfish, jewfish and stingrays. Many divers rave about The Pinnacle and say that no two dives are ever the same. Dive Forster at Fisherman’s Wharf offer day charters to this epic spot! Read about one Forster woman’s experience swimming with Grey Nurse Sharks and read about great wildlife experiences around the world right here.